Written by Bedford 2030 Summer Intern Michael Milanes Jr. He will be attending Sarah Lawrence College in the fall.

On July 20th, Bedford 2030 held its second annual Climate Action Mixer.  Over 250 people signed up to attend the free event, which offered empanadas by Nolvi’s Deli in Bedford Hills and live music from musician Frank Iorio. Bedford 2030 held raffles for treasures from the TIOLI Shed, a bike swap, and clothes swap to promote reuse of items instead of disposal. 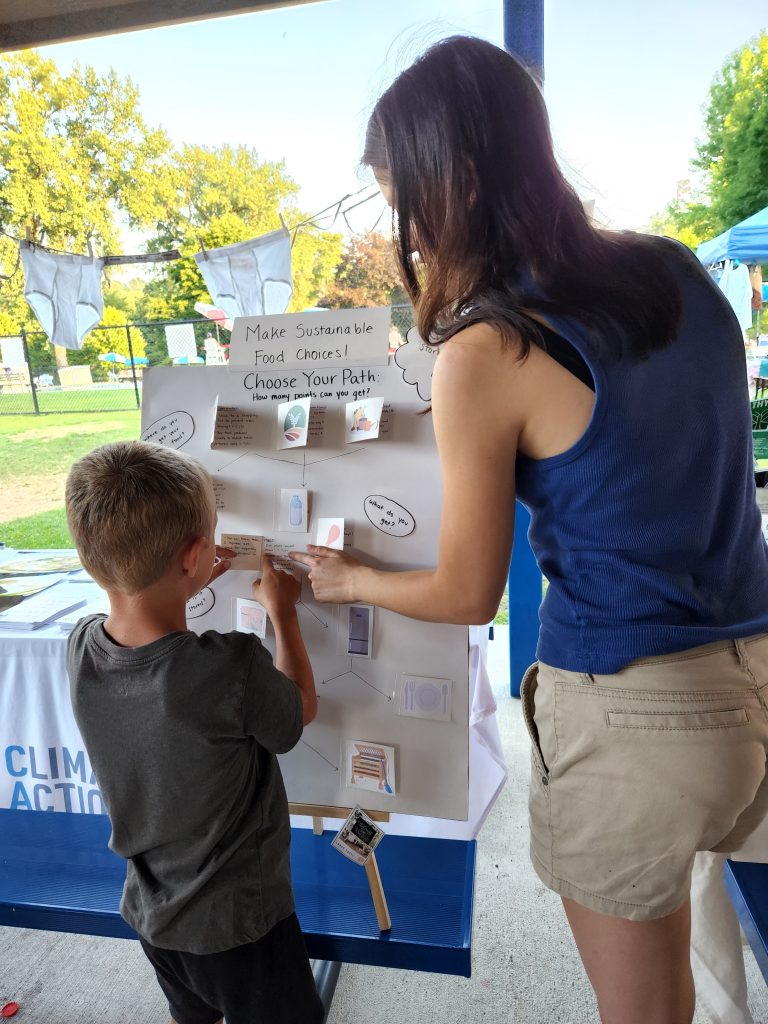 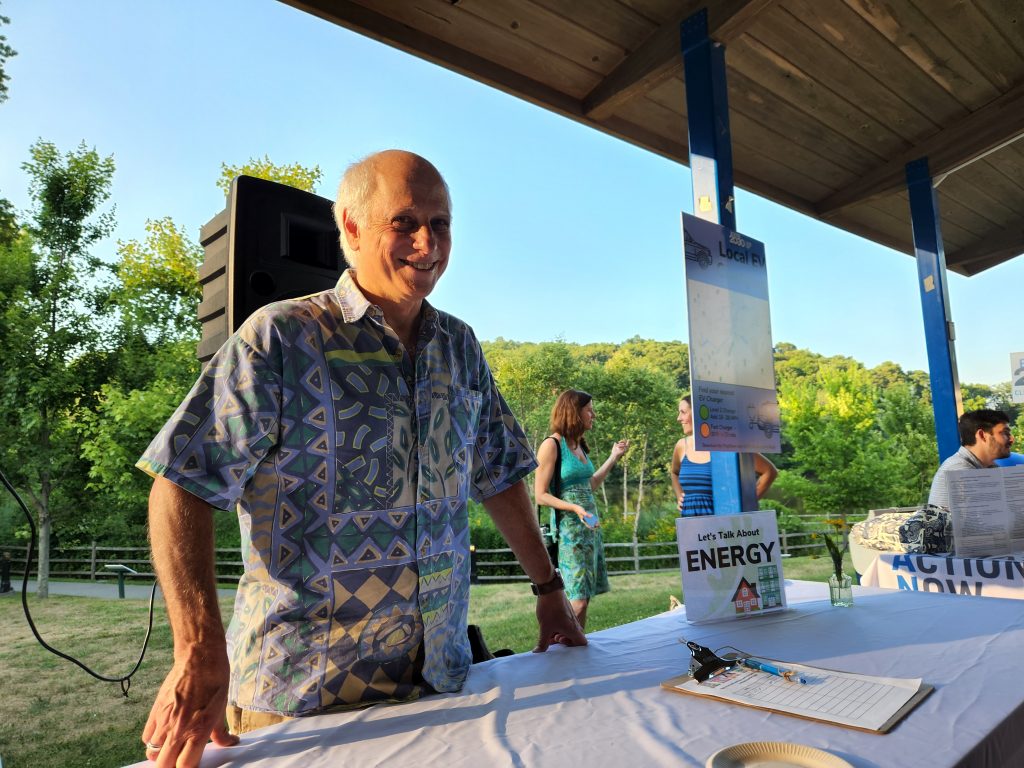 Bedford 2030’s “Energy Coach,” Bob Fischman offered consultations and shared resources with the community. Both business owners and homeowners can sign up for a session with Bob, where he teaches how to reduce energy use within buildings based on the buildings’ unique requirements. 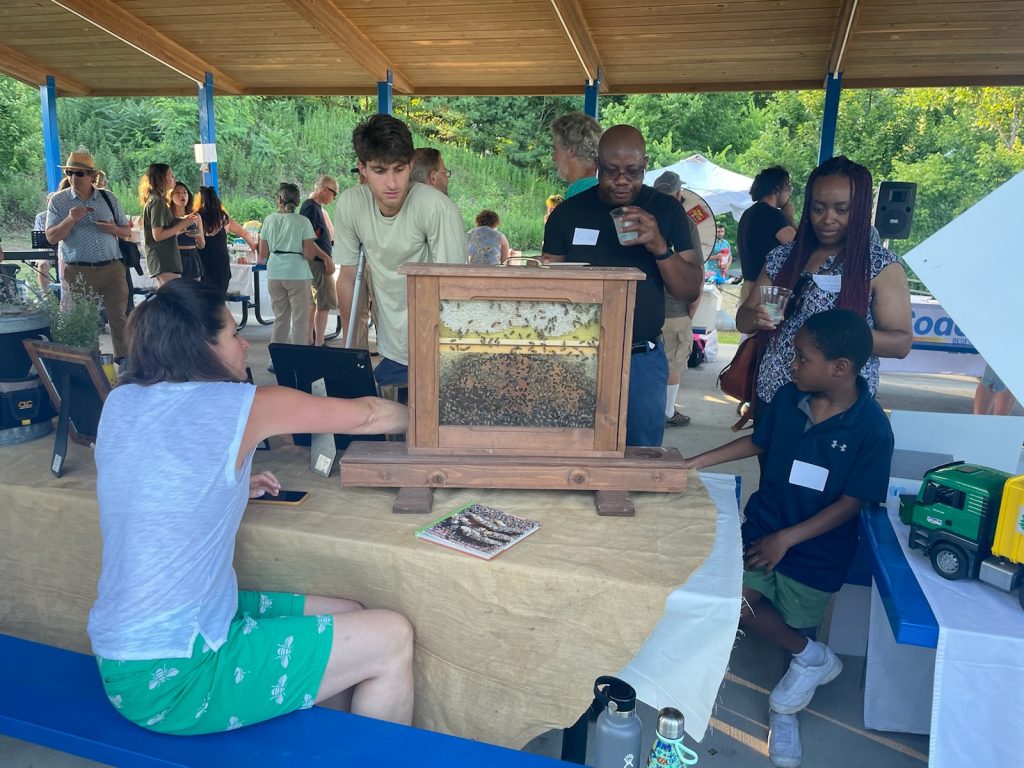 Local beekeeper (and B2030 Board President) Karen Sabath educated the crowd using an observation hive full of honeybees. Photos on her table shared advice to plant bee-friendly plants such as thyme, lavender and asters while avoiding pesticides and rarely mowing lawns. 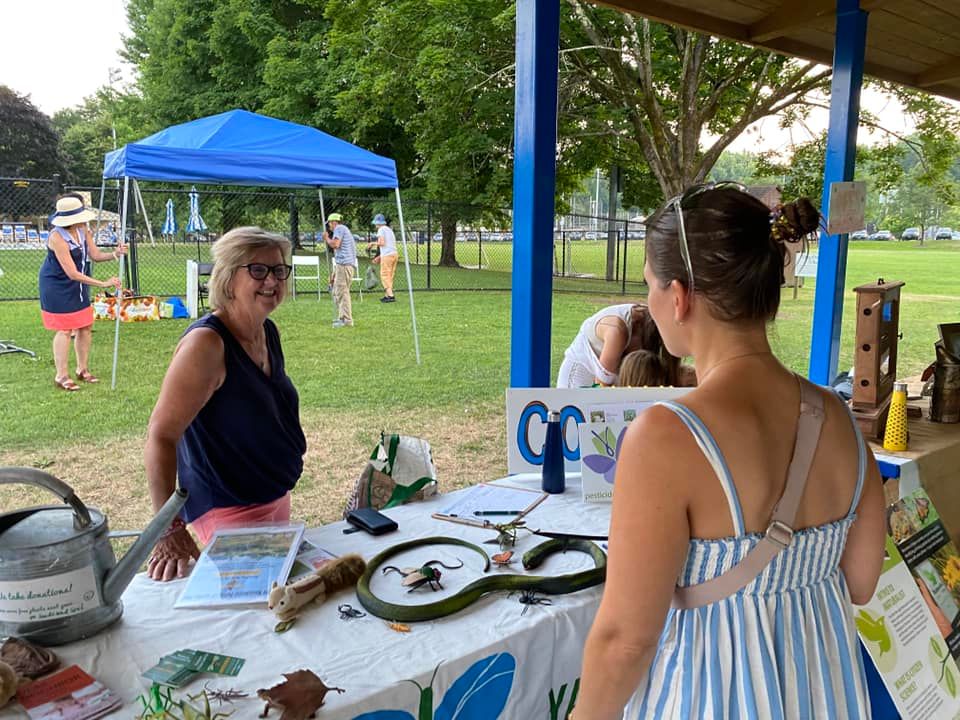 Fiona Mitchell of Healthy Yards described the organization as one aiming to move people “away from traditional [paid] gardening”, towards an approach of low-to-zero maintenance. She noted that “estimates suggest that we’ve lost 70% of insects in the last 59 years due to habitat loss and overuse of pesticides.” Healthy Yards recommends incorporating native plants and reducing lawn surface to sequester greater amounts of carbon. 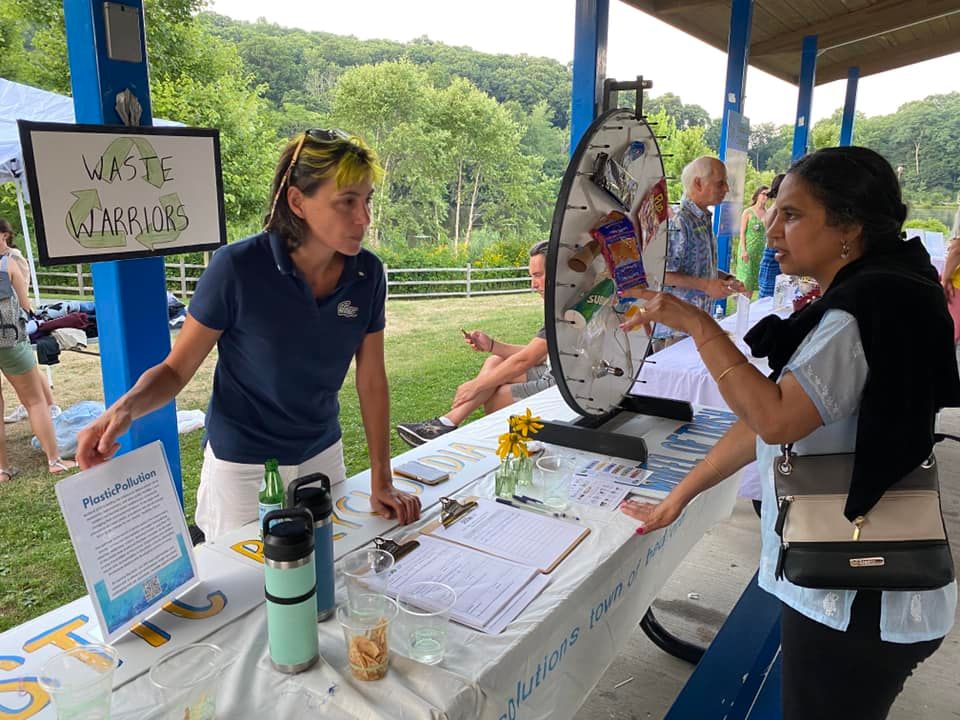 The Bedford 2030 Waste and Recycling Task Force, represented by committee member and Advisory Board member Veronique Pittman, focused on solid waste and composting. In addition to the Task Force creating Bedford 2030’s Take It or Leave It Shed and online Recyclopedia, their promotion of community compost and recycling significantly increased community participation. This group also helped the Town of Bedford convert to single-stream recycling as opposed to dual-stream recycling. The Recyclopedia is now being added to WordPress to be used as a plug-in for any town that wants it. The task force is currently recruiting new Waste Warriors. 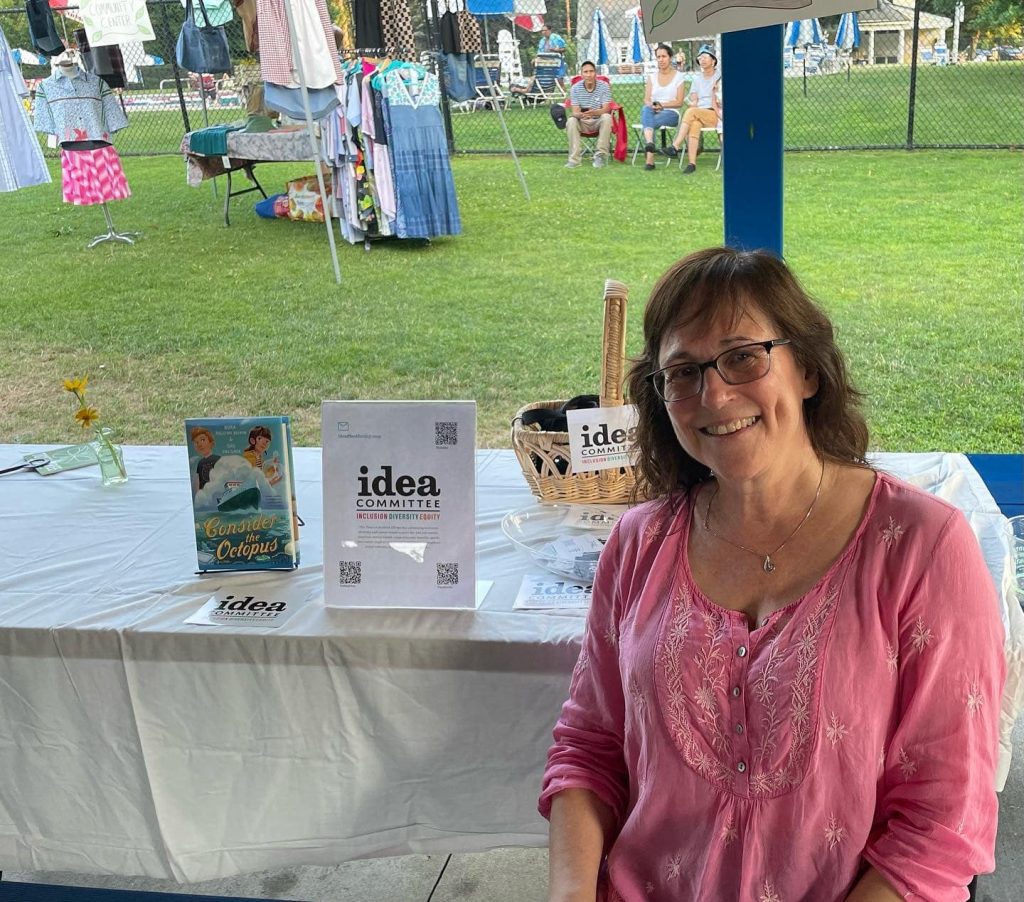 Jill Becker, Vice Chair of  the Bedford IDEA Committee, hosted a table promoting their initiatives to amplify marginalized groups. They host events such as Pride, Juneteenth and land acknowledgements, as well as promote improvements in public transportation and mass transit. 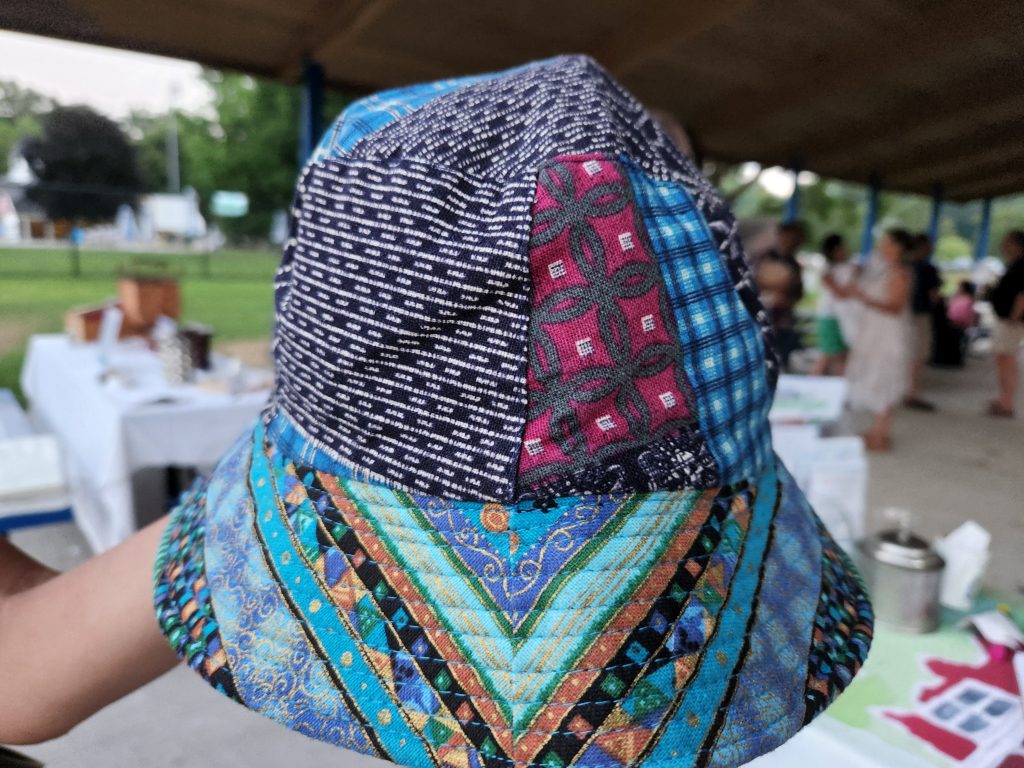 The Community Center of Northern Westchester displayed their upcycled and repurposed clothes which are created by Community Studio Seamstresses from donated clothing. 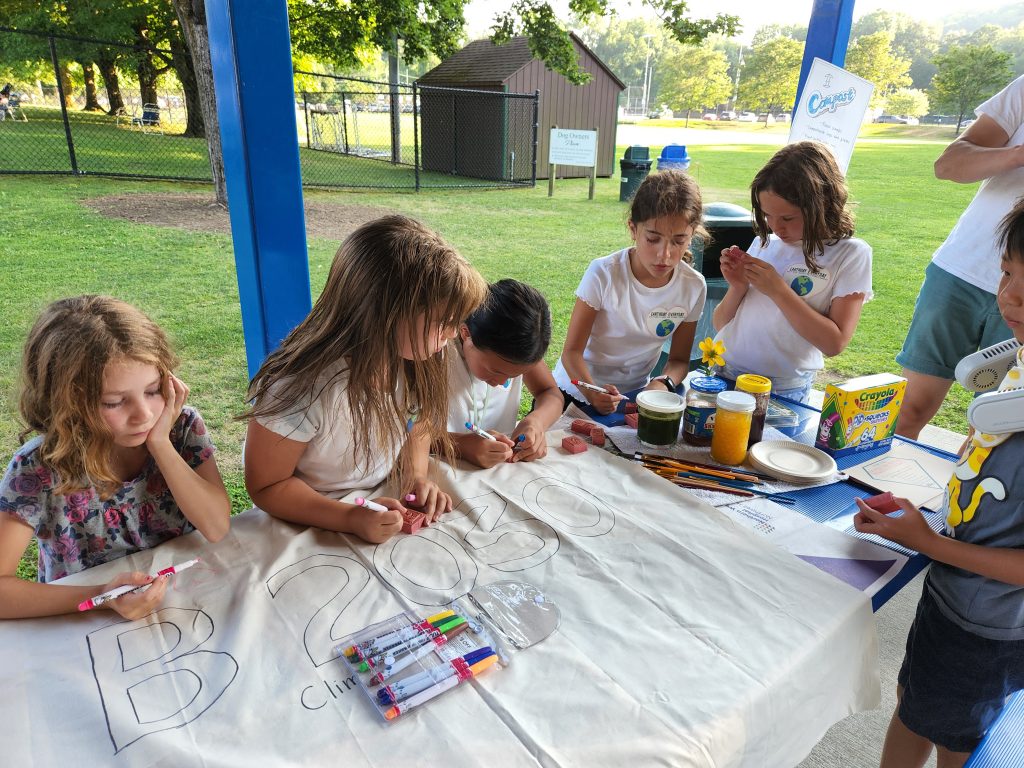 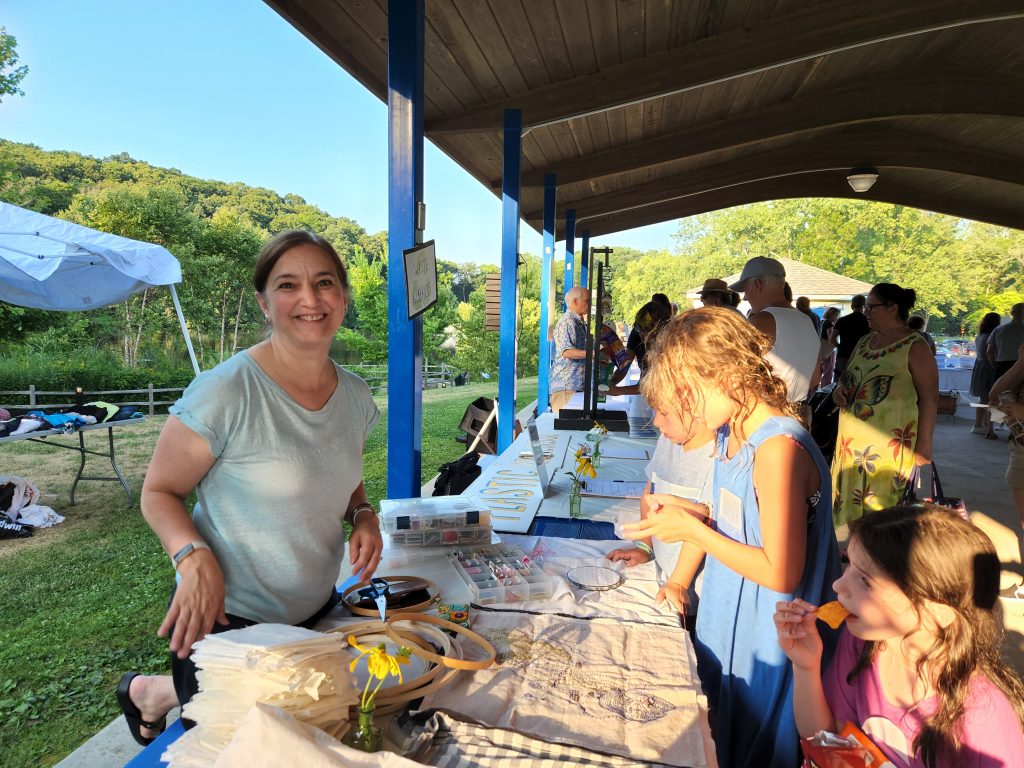 Volunteer fixer Suzanne Davino led an embroidery workshop to repair and reduce textile waste. The activity emphasized that soiled or damaged clothing can be mended instead of thrown away.

The Refillery.Shop offered sustainable products that produce less waste, such as beeswax paper instead of saran wrap, and bar shampoo. Jessica Paschkes, founder of the plastic-free community business, only sells products that support zero waste.

This year’s Climate Action Mixer was a resounding success! Thank you to everyone that volunteered, attended, and showed their support!