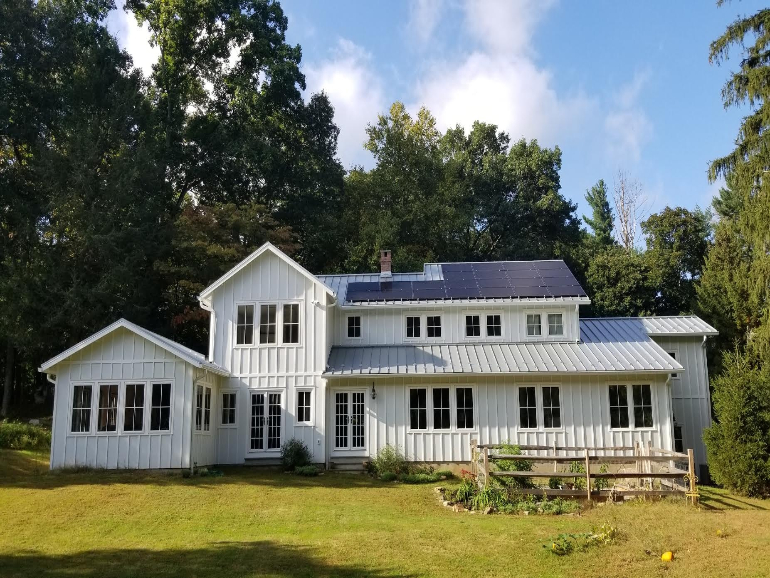 In renovating their 1930s farmhouse, Meredith and Jay Black of Katonah demonstrated that environmental sustainability can be achieved without spending maximum dollars. This achievement was recognized by Green Builder magazine with a 2019 Green Home of the Year award in the category of historic rejuvenation. The magazine noted: “The home was able to simultaneously balance sustainability and the economics that is achievable for any home renovation.” 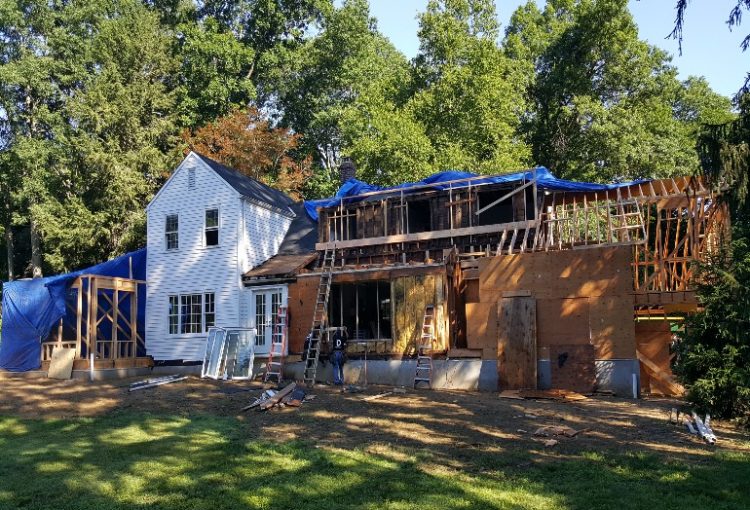 When the Blacks purchased their two-story, four-bedroom home on Rayburn Road, they were attracted to its historic charm and character, but felt it needed some work to meet the needs of their growing family.

The home renovation project allowed the Blacks to put into practice a desire to live sustainably within their means. They are both passionate about environmental concerns and feel a responsibility to minimize their personal contribution to climate change.

We feel very strongly that sustainability and making better environmental choices is something that should happen within the context of your life, that doesn't require going above and beyond and disrupting how you normally operate. We really wanted to showcase that what we did is something that is available to everybody"

To keep costs down, the Blacks looked for green products with price points that are competitive with more conventional choices.  Their cost analysis included not only the upfront costs of each product, but also the longevity of materials, savings due to increased energy efficiency and lifecycle impacts of materials including recyclability and waste stream concerns. They also determined that an architecture and construction team that specializes in sustainable building would be out of the range of their budget, so they instead hired a contractor they knew who was open to new ideas and willing to learn.

Insulation was added to create an airtight home and reduce their energy use. They also replaced the farmhouse’s siding, and switched their roof out for an aluminum roof that allows for energy efficiency, longevity, and aesthetics. Applying their goal to take product lifespan into consideration, they chose to keep the existing oil burner because it had been recently upgraded by the previous owner. Jay explained that “in a perfect world” they would have preferred to install a geothermal system.

They chose to maximize the efficiency of the heating and hot water system with overall home insulation and by adding four zones to better control heating and cooling needs. Jay said that decision has already paid off, as they were refilling the oil tank approximately 3-1/2 times a year before the renovation. “Now despite having a slightly larger house and keeping it about three to four degrees warmer, we’ve reduced our oil usage to about 1-1/2 fill-ups a year,” Jay said.

The couple also installed over 60 Passive House-certified triple pane windows and doors, which allows them to connect with the outdoors. Additionally, they installed solar panels on the roof, which generate 55-60% of the family’s annual anergy use, including two plug-in electric vehicles. The Blacks also subscribe to Beford’s Community Choice Aggregation through Westchester Power, thereby ensuring that the remaining electricity they consume is offset by renewable energy.

Finally, they installed water saving faucets, shower heads, shower valves and toilets. They also kept existing plantings in the yard and added only drought-tolerant native plants. Any unnecessary items were donated to the Bedford 2030 TIOLI shed, all of which were swooped up by other residents according to Meredith Black. “You just don’t throw it in the garbage. There’s no need for that,” she remarked.