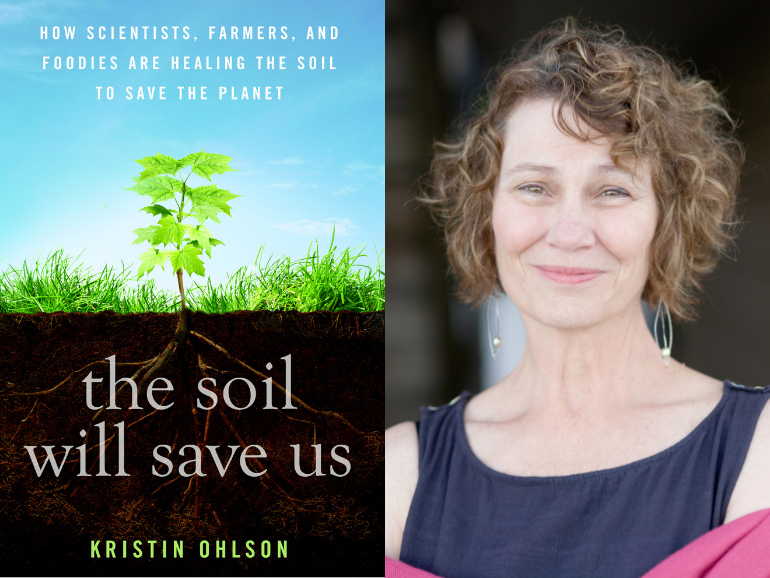 Bedford 2030 is thrilled to be partnering with the Katonah Village Library, the Bedford Free Library, and the Bedford Hills Free Library to invite our community members to join a Community Green Read of Kristin Ohlson’s important and engaging work on how healthy soil can serve as an important climate solution. Borrow a digital copy from your library on Overdrive/Libby or order from the Katonah Reading Room and read at your own pace!

Then, join us on Monday September 20th at 7:00pm for a virtual discussion with the author to kick off Climate Week 2021!

Most people don’t realize that soil is a living, breathing ecosystem similar to a coral reef. Billions of tiny underground life forms – and that’s just in one tablespoon – receive carbon that plants have snatched from the air and, in turn, provide them with mineral nourishment. It is believed that 95 percent of the Earth’s species diversity lies underground, and a thriving soil results in a healthier atmosphere. It’s time for us to work with them, not against them.

Ohlson travels from Ohio to Africa to the American West and back again to study how farmers, scientists and foodies are creating healthy soil and, in the process, increasing soil carbon. What has become clear is that conventional farming leads to the direct loss of carbon in our soil, and the immediate addition of it to our atmosphere. The benefits of building soil health are also emerging: not only is it the only affordable method of removing carbon already in the atmosphere, it will result in more productive farms, cleaner waterways and drought prevention. Preserving our soil’s health even has the potential to lessen the harm caused by natural disasters like flooding, which cause $8 billion in damages annually.

For most, the idea of reversing (or even putting a dent in) climate change seems too big a task, yet, Ohlson helps readers understand it’s as easy as getting started in our own backyards – 80 percent of American homeowners have one. Through vivid storytelling, The Soil Will Save Us has the power to inspire everyone to rethink the potential of the dirt beneath their feet and take action. This book is at once an engaging narrative of scientific discovery and an indictment of the institutions that have a financial interest in the status quo.